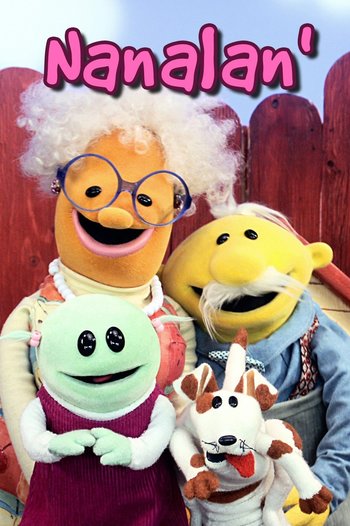 Nanalan' was a Canadian produced puppet show created by The Grogs for the Canadian TV station CBC.

Initially starting out as 3-minute shorts that aired between programs on YTV in Canada and Nick Jr. in the USA, Nanalan' later became its own 22-minute show. The show details the antics of 3-year-old Mona as she spends the day at her Nana's house while her mother is out. Mona explores the area both in around Nana's house and often learns a lesson during her day. Other characters include Nana's dog Russell, Nana's neighbor Mr. Wooka, and Nana herself.