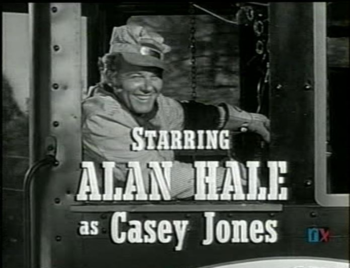 Casey Jones is an American Western series that ran in syndication for one season (1957–58). Starring Alan Hale Jr. (of later Gilligan's Island fame), the show serves as an example of an Alternate History, exploring the legend of the eponymous railroad engineer as he operates the "Cannonball Express" for the Midwest and Central Railroad at some point during the 1880s.