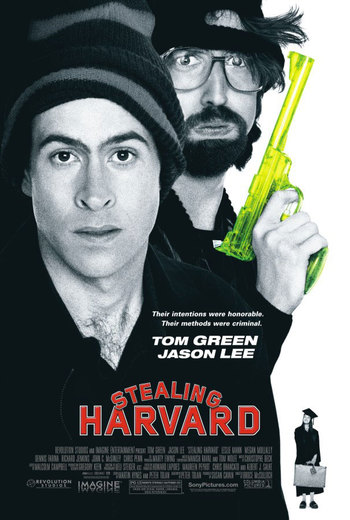 Stealing Harvard is a 2002 American crime comedy film directed by Kids in the Hall alumnus Bruce McCulloch, about a man who resorts to crime to pay for his niece's Harvard tuition.

The film centers around the misfortunate crime sprees of John (Lee) and Duff (Green). The different subplots involve John's family, his girlfriend and her father, a gun-toting judge and a dog with a love interest for Duff.