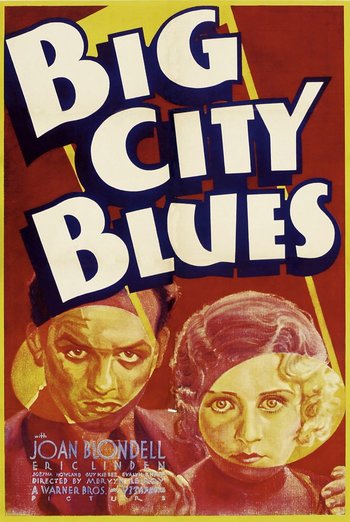 Bud (Linden) is a naive Indiana boy heading to the big city (New York to be exact) after receiving an inheritance. He meets with his cousin Gibby who’s clearly using him for his money.

Gibby is in with the theatre crowd and brings along several showgirls including Vida (Blondell) who flutters Bud’s young heart.

At an apartment party, with booze abounding, a showgirl gets killed in an accident. Everyone escapes the party, leaving Bud holding the bag.

Scared he runs away and becomes a fugitive alongside the help of Vida, but his actions catch up to him and the big city shows its remorseless soul.

Humphrey Bogart has a small part as one of the guests at the fatal party. It was Bogart's first film at Warner Brothers, where he spent nearly a decade as a supporting player before breaking out as a star in 1941.