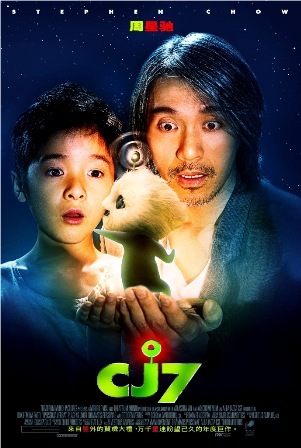 Chow, a homeless single-father laborer, and his young son, Dicky, make a meager living, their home an abandoned lot near a garbage dump. One day, the laborer scavenges the dump for usable items when he comes across something that's literally out of this world...

The name CJ7 actually comes from a known riverboat in China; "CJ" means Chang Jiang, the Chinese name for the Yangtze River, and is unrelated to the 1976-86 Jeep CJ-7.

There was also an anime version of the film, with much more fantasical elements

CJ7 has examples of: