Film / City of Life and Death 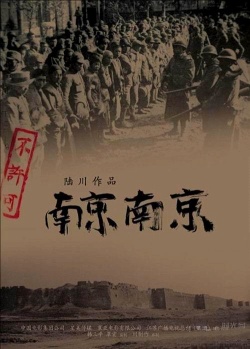 City of Life and Death (南京, 南京 or Nanjing, Nanjing back in China), is a 2010 film directed by Lu Chuan.

During the Second Sino-Japanese War, the Imperial Japanese Army lays siege to the city of Nanking, the capital of China at the time. When they destroy the Nationalist Chinese troops in a fierce battle, the city falls. The people of Nanking try to cope with life, even as their lives gradually become hell on earth. Shot in black-and-white entirely, most of the story follows Mrs. Jiang, a steely-eyed school teacher who is determined to protect her people from the invasion, Lu, a veteran Nationalist officer who leads an army remnant in street battles against all odds, and Kadokawa, a young and dreamy Japanese soldier who is torn between his hard-wired obedience to Imperial Japan and his own empathy for defenseless people.

This film was dangerously close to being Banned In China, because it humanized the Japanese. The director received lots of online death threats, and it would've been pulled from Chinese cinemas if not for the support of a Communist Party official, who was a huge fan.

Has been compared to Schindler's List, because of big similarities. Only this one is even more depressing...