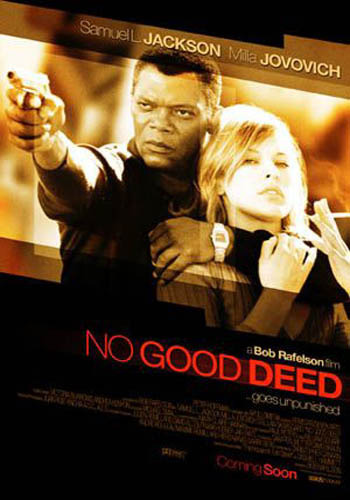 Jack Friar (Jackson) is a cop who is on the search for a missing girl. Whilst in a neighborhood, he sees an old lady fall down on the front steps of the house. Jack helps her inside and is captured by the inhabitants. They are a gang of criminals led by Tyrone (Skarsgard). The gang go off on a bank heist and Tyrone makes his girlfriend Erin (Jovovich) stay behind to keep an eye on Jack. Erin has a plan for her and Jack to escape from Tyrone and keep the money that the gang are going to steal.