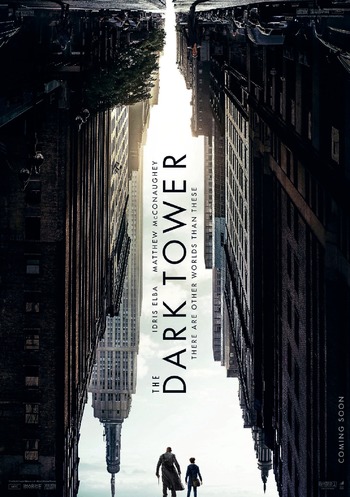 The Dark Tower is a live-action adaptation/sequel of author Stephen King's series of novels of the same name, that was released on August 4, 2017.

Idris Elba plays the last gunslinger, Roland Deschain, and Matthew McConaughey plays the Man in Black. Though based loosely on the first book in the series, it is considered canon in its own right by virtue of taking place after the last line of the final novel. (Those who have read the books understand why this is a big deal; others need not be spoiled.)

The Dark Tower provides examples of: