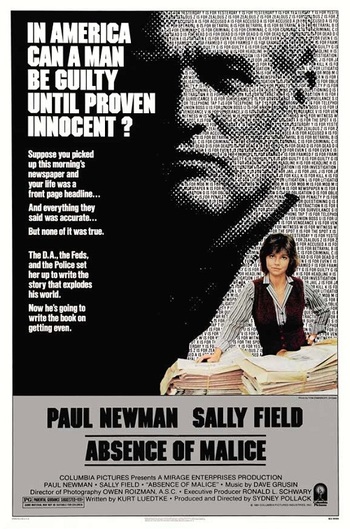 The life of Miami liquor distributor Michael Gallagher (Newman) unravels after a newspaper story falsely implicating him in a murder is written by reporter Megan Carter (Field), who has read it from a file left intentionally on the desktop of federal prosecutor Elliot Rosen (Bob Balaban). As it turns out, Rosen is doing a bogus investigation and has leaked it with the purpose of squeezing Gallagher for information.