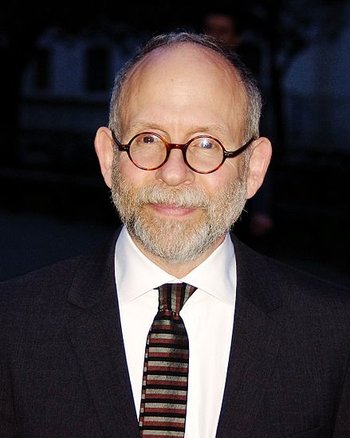 Robert Elmer Balaban (born August 16, 1945 in Chicago, Illinois) is an American actor, author and director. He has appeared in films such as Catch-22, Close Encounters of the Third Kind, 2010: The Year We Make Contact, Deconstructing Harry, Gosford Park (which he co-produced), Capote and The Monuments Men. Balaban has also worked numerous times with directors Christopher Guest and Wes Anderson. His television career includes a role on Seinfeld as a character based on former NBC executive Warren Littlefield (whom Balaban later played in the HBO film The Late Shift). Onstage, he created the role of Linus in You're a Good Man, Charlie Brown in 1967.

Balaban his directed Parents and episodes of Tales from the Darkside; Amazing Stories; Eerie, Indiana; Oz; The Twilight Zone, and Nurse Jackie. He is also the author of a series of children's novels about a bionic dog named McGrowl.