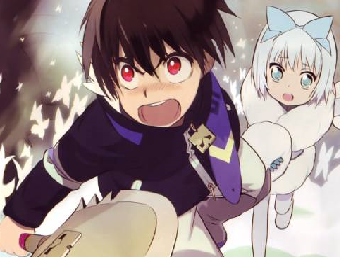 Long ago, in the far reaches of space, there existed a world as pure and blue as the Earth. And on this world, there lived two "Queens" with the power to control it. When the world is thrown into chaos by one of those queens, the Black Queen, a young boy and a young girl must stand up to challenge her for the sake of protecting all that they hold dear.

For reasons unknown, the manga appears to have been discontinued.