Manga / Tail of the Moon 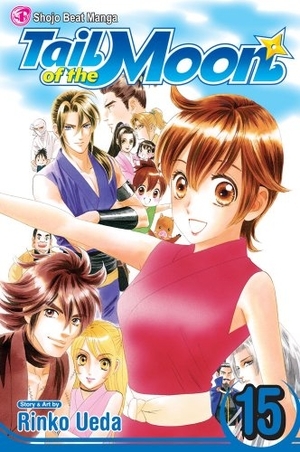 I am here to bear your child!
Advertisement:

Usagi is the great-granddaughter of The Leader of a prestigious Ninja clan. However, she's so klutzy that she's never made it out of the kiddy class, and is the oldest ninja in training, unable to receive her qualification due to her laziness and klutziness.

Her great-grandfather, Master Tanba, decides to send her away on a mission she could complete—going to the stoic leader of the Hattori branch of the Iga clans, marrying him, and bearing his children! However, the stern leader has no interest in her or her babymaking abilities and rejects her outright. Determined to complete her mission, Usagi swears to bear his children, no matter what the cost.

Usagi's story takes place against the backdrop of the Tenshō Era in Japan during the warlord Oda Nobunaga's attempted unification of Japan. His hatred of ninjas and his desire to attack Iga to destroy the ninja village becomes a major plot point as the story progresses, eventually leading up to the attack and massacre of Iga.

Tail of the Moon is a manga by Rinko Ueda that spanned 15 volumes from 2002-2007, beginning in Margaret magazine and then getting licensed by Viz Media under their Shojo Beat imprint.