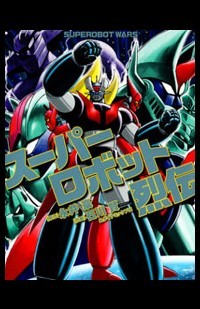 An alien lifeform named Varon approaches Earth, looking to destroy human civilization. Kouji Kabuto and his allies have to team up to fight off Varon and its massive monsters called “Meteor Beasts”.

This manga provides examples of the next tropes: