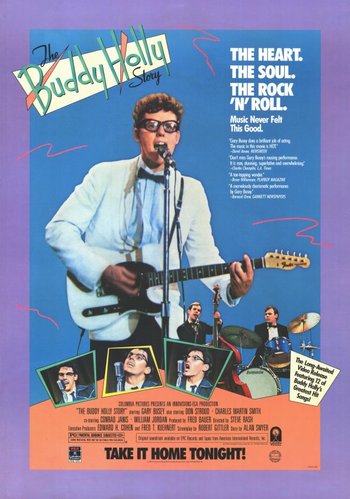 The Buddy Holly Story is a 1978 biographical film which tells the life story of rock musician Buddy Holly, from his meteoric rise to stardom, to his marriage and untimely death. It is adapted from John Goldrosen's book Buddy Holly: His Life and Music. Holly is played by Gary Busey, who was nominated for the Academy Award for Best Actor for the role.