Film / The Brotherhood of Satan 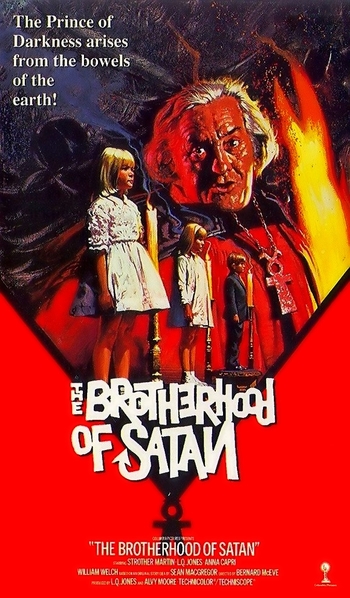 The Brotherhood of Satan is a 1971 horror movie.

Ben is leaving a birthday part with his daughter, KT, and girlfriend, Nicky. The three of them find a car off the side of the road, utterly destroyed and the passengers crushed. They head to the nearest town, and find something far more sinister at its heart.

Tropes included in the film: