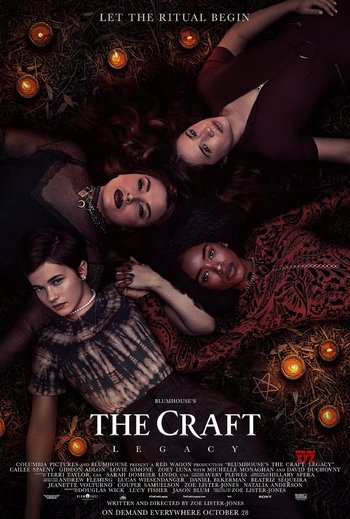 The Craft: Legacy is a 2020 teen Urban Fantasy horror film. It is a stand-alone sequel to the 1996 film The Craft. It was written and directed by Zoe Lister-Jones, and stars Cailee Spaeny, Gideon Adlon, Lovie Simone, Zoey Luna, Michelle Monaghan and David Duchovny.

When Lily (Spaeny) and her mother (Monaghan) move in with her new stepfamily, she finds herself the target of ridicule at her new school until she is befriended by three fellow outcast girls, Frankie (Adlon), Tabby (Simone) and Lourdes (Luna). The girls reveal they are practicing witches and welcome Lily into their coven. However, things take a turn for the sinister when the young witches begin abusing their powers and it looks as though history may be about to repeat itself.

The film was released on-demand in the United States on October 28th 2020, with a limited theatrical release in other countries.