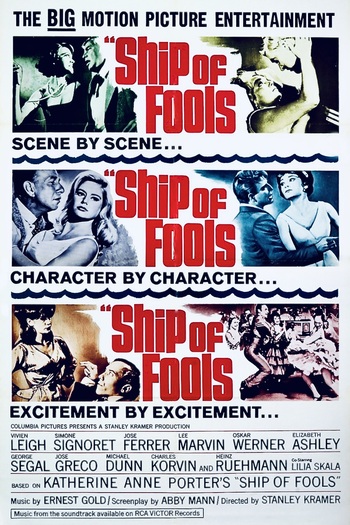 The film chronicles the journey of an ocean liner from Mexico to rising Nazi Germany in 1933. Among the travelers are:

The characters serve as a cross section of one of the most turbulent periods in modern history. The altruistic myopia of the German Jew who believes his country means him no harm, the American apathy to the escalating global conflict, and the changing cultural tides provide an interesting portrait of the philosophies of the time period.