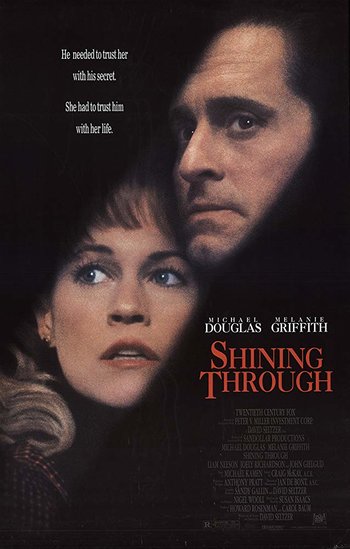 In 1940, Linda Voss (Griffith) is hired as a translator for stiff attorney Ed Leland (Douglas). They eventually become lovers, but she soon becomes suspicious of his strange behavior and mysterious whereabouts. Her suspicions that he is actually a spy are proven correct when Ed emerges as a colonel in the OSS. After the attack on Pearl Harbor, when America joins the war with the Allies, Ed and his colleagues find themselves needing to replace a murdered agent in Berlin on very short notice, and despite knowing little about intelligence work, Linda volunteers, with her mission being to bring back data on a flying bomb developed by the Germans, with the help of contact Margrete von Eberstein (Richardson), which Linda thinks will be able to do by looking into officer Franz-Otto Dietrich (Neeson).