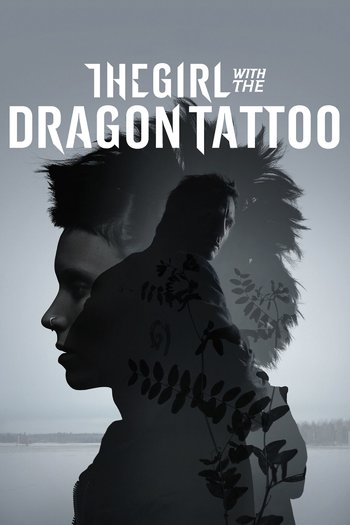 The Girl With the Dragon Tattoo is a 2011 Mystery Fiction thriller film directed by David Fincher, based on the novel of the same name by Stieg Larsson. An English-language adaptation of the book, it follows an earlier trilogy of Swedish films (based on Millennium series) that were released throughout 2009. Steven Zallan wrote the screenplay, Tim Miller designed the opening credits and Trent Reznor and Atticus Ross, returning Fincher collaborators, composed the music.

While the film was a critical hit and received five Academy Award nominations (including a Best Actress nod for Mara and a win for Best Film Editing), it only barely made back its budget. This left the hypothetical continuation of the series with more Millennium installments a Stillborn Franchise. A sequel, The Girl in the Spider's Web, was released in 2018 as a soft reboot, skipping straight to the fourth book in the series and featuring none of the original cast or creative personnel though remaining in the same continuity.

See also The Millennium Trilogy, the first film adaptations of Stieg Larsson's saga, made in Sweden.

The Girl With the Dragon Tattoo contains examples of: