Film / The Wild One 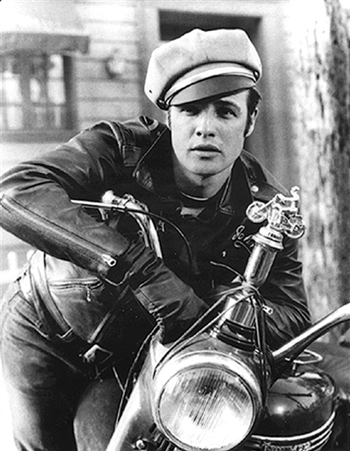 Mildred: Hey Johnny, what are you rebelling against?
Johnny: Whaddaya got?
Advertisement:

The Wild One is a 1953 film produced by Stanley Kramer, directed by László Benedek, and starring Marlon Brando.

While not Brando's first film, it was one of the first to play off of his counterculture image; his portrayal of alienated biker gang leader Johnny Strabler was one of the iconic touchstones of Fifties youth culture, and has been referenced, homaged, and parodied many times in the decades since. The story involves Strabler and company riding into a quiet town of "squares", causing tension between the locals, and tangling with a rival biker gang headed by Chino (Lee Marvin).

This film was banned in the UK until 1968. It was also remade as Cool as Ice.