Film / Wild in the Streets 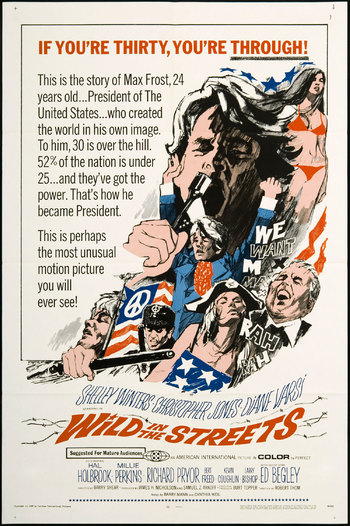 Wild in the Streets is a 1968 satirical film directed by Barry Shear and adapted from a 1966 short story by Robert Thom.

Johnny Fergus (Hal Holbrook), who is running for the U.S. Senate on a platform to lower the voting age from 21 to 18, asks rock star Max Frost (Christopher Jones) to endorse his campaign. However, Max quickly gains political power of his own, leading the young people of America in a campaign to lower the voting age to 14 and eventually getting elected President of the United States.

Wild in the Streets contains examples of: