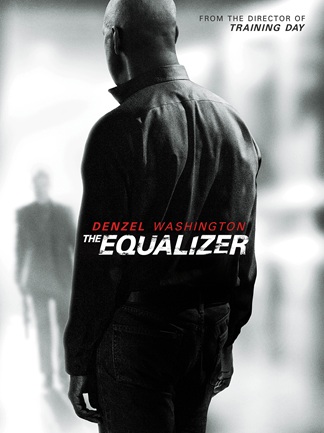 "I've done some bad things in my life, Nicolai. Things I'm not proud of. I promised someone that I love very much that I would never go back to being that person. But for you I'm gonna make an exception. You asked me what I saw when I looked at you. What do you see when you look at me?"
— Robert McCall
Advertisement:

The Equalizer is a 2014 film directed by Antoine Fuqua and starring Denzel Washington. It is a remake of the 1980s show which starred Edward Woodward in the titular role. Washington plays Robert McCall, a man who seemingly lives an unassuming, clockwork life; widowed, with a steady job as a hardware store clerk, and spends his insomniac nights reading in a diner, where he befriends a young girl named Alina (Chloë Grace Moretz), who is kind and has aspirations of being a singer, but is currently in the employ of Russian mobsters as a prostitute. When Alina is severely beaten, McCall tracks down the mobsters responsible and single-handedly kills them. The head of the Russian mob in the region sends his dragon, Nicolai, to assess the situation, who learns quickly that McCall is no ordinary citizen and all evildoers in Robert's vicinity have no idea who they're up against.