Film / The Girl in the Spider's Web 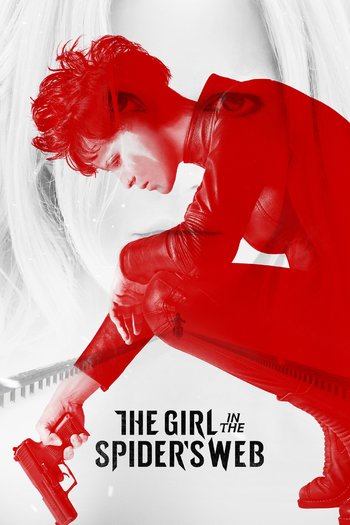 The Girl in the Spider's Web is a 2018 thriller directed by Fede Álvarez (Evil Dead, Don't Breathe), based on the 2015 novel of the same name from the Millennium series by David Lagercrantz. A sequel to David Fincher's 2011 American-produced English-language adaptation The Girl With the Dragon Tattoo, it serves as a soft reboot of the latter, with none of the first film's cast and creative team returning.

Set sometime after The Girl With the Dragon Tattoo, Lisbeth Salander (Claire Foy) has fully taken to vigilantism. When an international conspiracy brings her and former associate Mikael Blomkvist (Sverrir Gudnason) back together, Lisbeth must confront demons from her past, or suffer the consequences. Lakeith Stanfield, Stephen Merchant, Sylvia Hoeks, Volker Bruch and Vicky Krieps also star in supporting roles.

The Girl in the Spider's Web contains examples of: