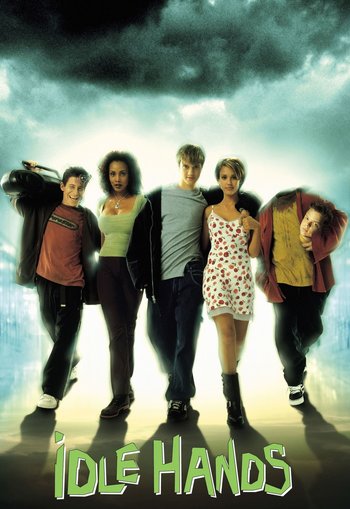 The touching story of a boy and his right hand.
Idleness: A model farm where the devil experiments with seeds of new sins and promotes the growth of staple vices.
— The Devil's Dictionary
Advertisement:

Anton Tobias is a typical lazy stoner. He lives a typical life in suburbia, complete with two pot smoking buddies, a crush on the cute girl, and life is generally good. Until his parents and various other people around town are murdered. The culprit? Anton's right hand.

The movie was a commercial flop, but has garnered a nice little cult following in recent years.