Film / The Devil's Own 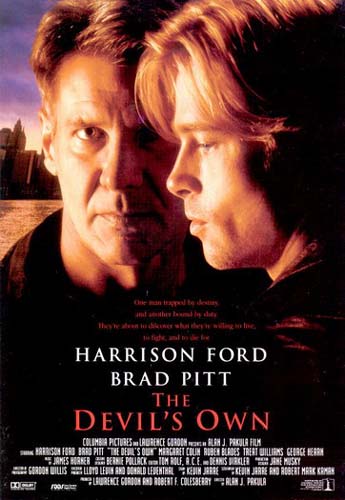 The Devil's Own is a 1997 action thriller film starring Harrison Ford and Brad Pitt, and was directed by Alan J. Pakula, which would turn out to be the last film he made before his death a year after its release.

Frankie McGuire (Pitt), a member of the Provisional Irish Republican Army, comes to the United States in order to obtain anti-aircraft missiles to be used to shoot down British helicopters in Northern Ireland. The plan, however, is complicated by Tom O'Meara (Ford), an Irish-American policeman, whom the IRA member has come to regard as family. Their surprising friendship and Tom's growing suspicions, force Frankie to choose between the promise of peace or a lifetime of murder.