Film / To Sir, with Love 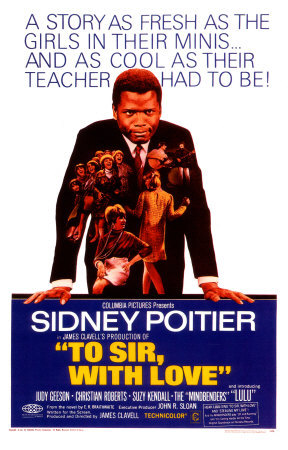 Trailers Always Lie, and in this case, that's a crying shame. This is the poster for the US release, as the term fresh in this context is unknown in the UK.
Advertisement:

To Sir, with Love is a 1967 British drama film starring Sidney Poitier that deals with social and racial issues at a secondary school in inner-city London. James Clavell both directed and wrote the film's screenplay, adapted from the semi-autobiographical 1959 novel of the same name by E. R. Braithwaite.

Poitier plays Mark Thackeray, a teacher originally from British Guiana, now Guyana, who has recently moved from the United States. The plot centers primarily around Thackeray's idealism clashing with his teenage pupils' cynicism.

Poitier also starred in the 1996 made-for-TV sequel To Sir With Love II, in which a retired Thackeray returns to the U.S. to teach in an inner-city high school in Chicago. It was directed by Peter Bogdanovich and featured brief cameos from actors Judy Geeson and Lulu reprising their original roles.