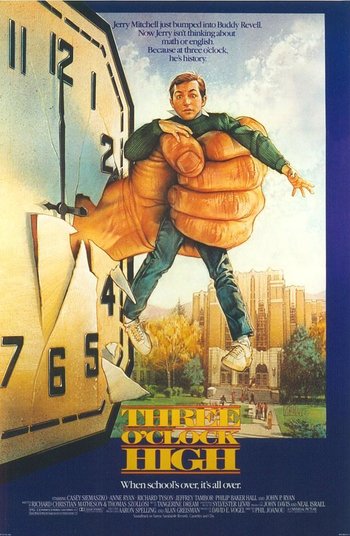 "No matter what you say or what you do, you and me are gonna fight when that bell rings at 3 o'clock."
— Buddy Revell
Advertisement:

A riff on classic westerns like High Noon, the film centers on the geeky Jerry Mitchell, who inadvertantly angers the new bully at school, Buddy Revell, and gets challenged to a fight at the end of the school day. Jerry has until 3 pm to get out of the fight, or face certain destruction.