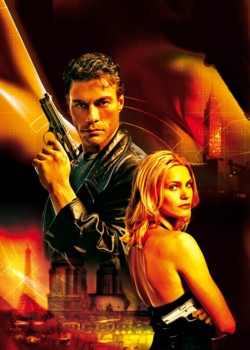 Maximum Risk is a 1996 action film, directed by Ringo Lam and starring Jean-Claude Van Damme and Natasha Henstridge. It follows the French detective Alain Moreau (Van Damme) as he becomes entangled in an international conspiracy embracing Russian gangsters and corrupt American officials, with various parties after his life because of his uncanny resemblance to a dead agent. His only ally appears to be his doppelganger's girlfriend, Alex Bartlett (Henstridge).