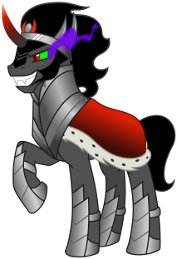 King Sombra in his pony form. 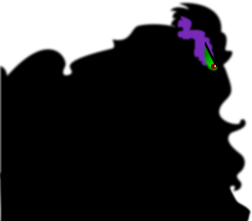 King Sombra in his shadow form.
"Long live the king."
Debut: "The Crystal Empire – Part 1"
Voiced by: Jim Millernote according to tweets

by Jim Miller ("The Crystal Empire – Part 2"), Alvin Sanders ("The Beginning of the End")

In the tie-in comics by IDW, Sombra was taken in a very different direction. In this continuity it is revealed Sombra is not a real pony, but a "shadow pony" created by the Umbrum, creatures of darkness that wished to infiltrate and destroy the Crystal Empire. Sombra grew up in the Empire alongside Radiant Hope, a unicorn that seemed destined to be a Princess, while Sombra had a vision that his destiny was to become a monster. When he learned about his origins, he embraced his evil nature and became the Evil Overlord seen on the show. The four-issue story arc "Siege of the Crystal Empire" focused on Sombra after Radiant Hope resurrected him.

The comics focusing on Sombra predated Season 9, when the showrunners ignored the comics and had the still-deceased Sombra resurrected by Grogar to join his Legion of Doom. Sombra was arrogant and laughed at the idea of cooperation when he felt he could take over Equestria by himself, so Grogar allowed him to attempt just that. Though he got pretty far, Sombra was defeated and destroyed by Twilight and her friends, this time for good.

The show and comic depictions of Sombra are drastically different in characterization and their stories involving him after Season 3 are incompatible in continuity, so tropes specific to one depiction or the other have been sorted into separate folders. 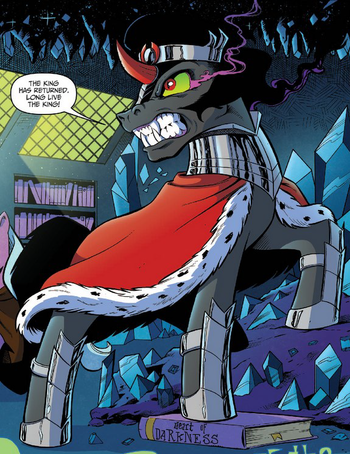 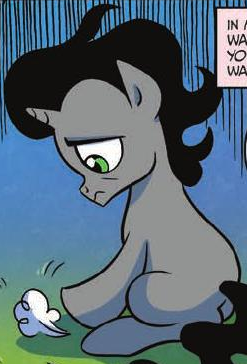 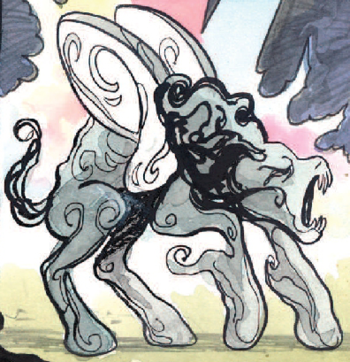 Click here to see him at the end of "Siege of the Crystal Empire" (spoiler warning!) 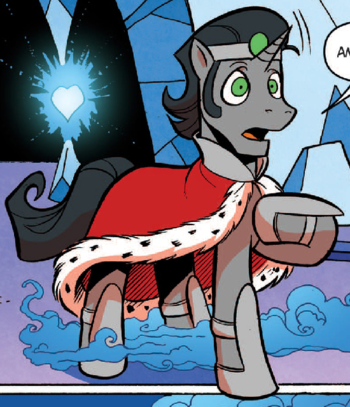