These are characters that started off as villains or bullies, but through friendship and their own desire have managed to move away from their awful ways. Now they may still be a little rough around the edges and might even still be kind of jerks, but they are trying to be good and in the end will do the right thing. 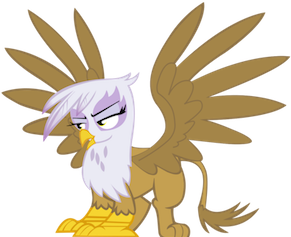 "This is your idea of a good time? I've never met a lamer bunch of dweebs in all my life!"
Debut: "Griffon the Brush Off"
Voiced by: Maryke Hendriksenote according to these

A griffon and an old friend of Rainbow Dash's from flight camp. Rainbow Dash sees her as a Cool Big Sis, but Gilda thinks she's vastly superior to all the ponies save Rainbow and enjoys picking on them. She returns in Season 5's "The Lost Treasure of Griffonstone" when Rainbow Dash and Pinkie Pie visit the griffon kingdom. 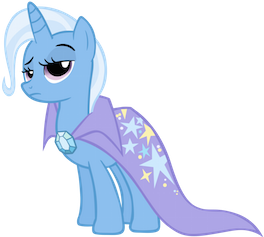 The Great and Powerful Trixie Lulamoon is a blue unicorn who boasts about and greatly exaggerates her magical powers. Initially arriving in Ponyville as a traveling showmare, she was embarassed when Twilight defeated a monster Trixie was powerless before, when earlier she boasted she was famous for defeating one. Trixie returned in "Magic Duel", using an Amplifier Artifact called the Alicorn Amulet to boost her magic so she could challenge Twilight on more equal footing, but she was thwarted.

In Season 6, Trixie became friends with Starlight Glimmer and was moved up to a semi-recurring role. She and Twilight still really don't get along.

She also has an Equestria Girls counterpart; tropes specific to this character go to her dedicated entry. 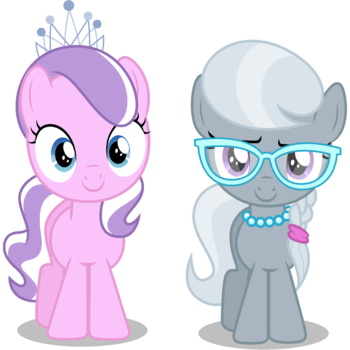 Diamond Tiara and Silver Spoon are Spoiled Brats who regularly tormented the Cutie Mark Crusaders, teasing them over not having their cutie marks yet. 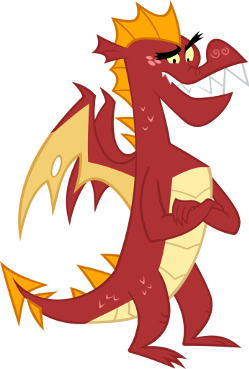 The only thing worse than ponies is a pony-loving troper!
"When I'm in charge, the first thing I'll do is get revenge on those puny ponies!"
Debut: "Dragon Quest"
Voiced by: Vincent Tong

The ringleader of a group of teenage dragons. He viciously hates ponies and considers Spike more of a pony than a dragon, due to his upbringing among ponies resulting in him acting completely contrary to how Garble thinks dragons should act. He serves as a recurring antagonist to Spike when the show visits the Dragon Lands, before eventually reconciling with him in "Sweet and Smoky". 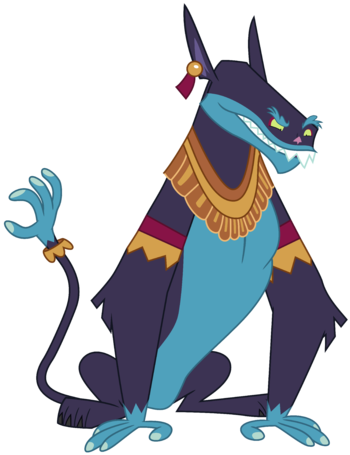 Debut: "Read It and Weep"
Voiced by: Brian Drummondnote according to these

A villain based on an Ahuizotl

from Aztec Mythology. He's the big bad of the book Daring Do and the Quest for the Sapphire Stone. And since he's an in-universe fictional character, he's a hilariously cliched and over the top bad guy... or so we thought. He's actually not so fictional after all. 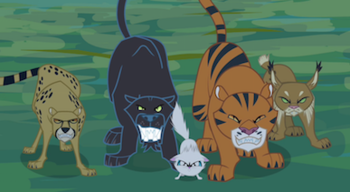 Debut: "Read it and Weep"

A tiger, a black panther, a cheetah, a lynx and a housecat that serve as Ahuizotl's minions, and are usually the ones to fight Daring Do on his behalf. 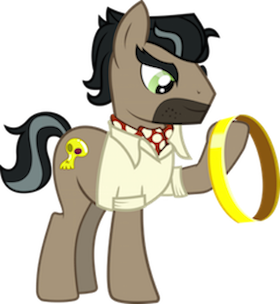 A villain who appears in the Daring Do novels. He is a rival archeologist of Daring Do who once tried partnering up with Daring, but was rejected. In the episode "Daring Don't", he turns out to be Real After All. 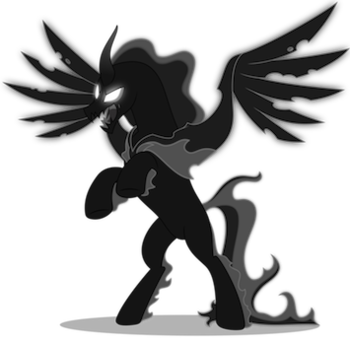 "You summon me at your peril, Star Swirl! Once I defeat all of you, this realm will embrace the darkness as I did so long ago!"
Click here to see Stygian. 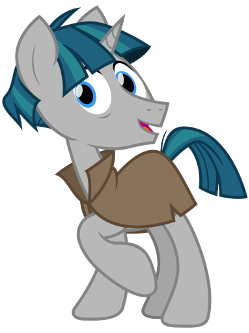 A Living Shadow said to be a remnant of Nightmare Moon's magic left behind when she was banished, that haunts the ruins of the Castle of the Two Sisters. In "Castle Mane-ia" it's believed to be just an old legend, but it turns out to have an element of truth to it: the Pony of Shadows was real and acts as the villain of Season 7's finale "Shadow Play".

The Pony of Shadows was once Stygian, a friend of the Pillars of Equestria, six heroes of the ancient era led by Star Swirl the Bearded. Lacking power on his own, Stygian intended to conduct a ritual to absorb the powers of the Pillars, and for this, he was banished from their group. He turned to darkness for power instead and transformed into the Pony of Shadows. Considering him a great threat to Equestria, yet unable to defeat him directly, the Pillars banished him to Limbo along with themselves. 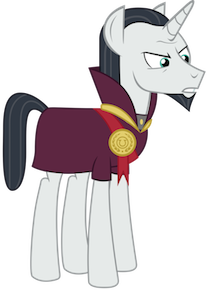 Princess or no, he expects things done by the book.
Debut: "School Daze - Part 1"
Voiced by: Maurice LaMarche

The head of the Equestria Education Association. He's a powerful unicorn who wants what he sees as best for Equestria, and insists on doing things by the guidelines he's created. However, he's severely prejudiced towards non-pony intelligent species.