Starting in Season 8, Twilight Sparkle and her friends open a school to learn about friendship in Ponyville. 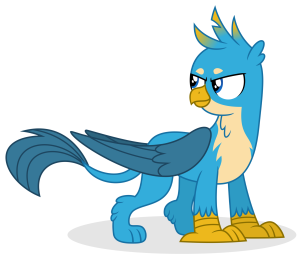 "Guess our friendship is pretty magical after all."
Debut: "School Daze – Part 1"
Voiced by: Gavin Langelo

A snarky blue griffon from Griffonstone who still hasn't quite shaken off his kind's standoffish attitude. 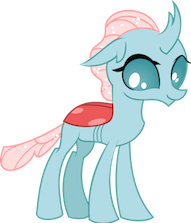 "Pillows! How nice! The castle is gonna be so much more comfy."
Debut: "School Daze – Part 1"
Voiced by: Devyn Dalton
Singing by: Shannon Chan-Kent

A reformed changeling who initially prefers being seen in other forms than her own, but gradually opens up to the other students. 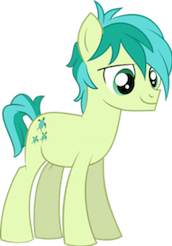 A laid-back earth pony stallion, and the most sensible member of his group of friends. 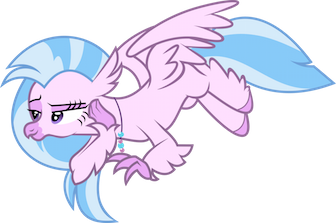 A very excitable hippogriff and the niece of Queen Novo. Having spent much of her life underwater as a seapony, she is quite curious to experience life above the surface. 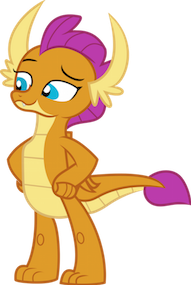 "The dragons are better than this!"
Debut: "School Daze – Part 1"
Voiced by: Shannon Chan-Kent

A proud and impish teenage dragon from the Dragon Lands. 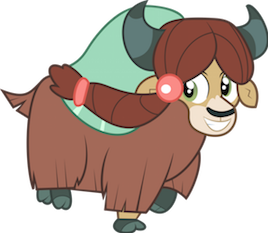 A clumsy yak from Yakyakistan who is happy to be in Ponyville. 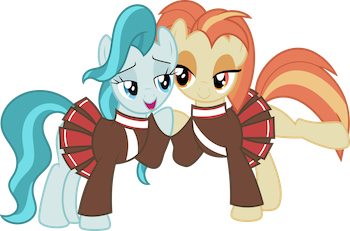 A pair of pony dancers at the School of Friendship who join Rainbow Dash's cheerleading squad.