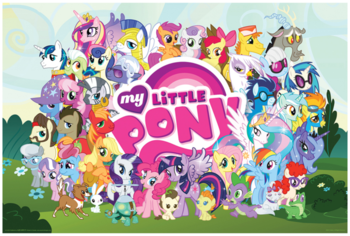 My Little Pony: Friendship Is Magic, and the whole "G4" universe, for that matter, has a wide array of colorful, memorable characters. So many characters, we hardly know what to do with them all! So we've separated them by Cast Herd. Heh...