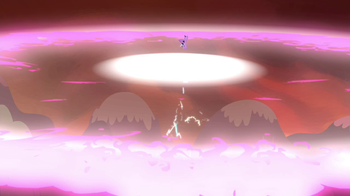 They told us this show was for little girls, BUT WE DIDN'T LISTEN!!
"This is a pony; a baby horse girl toy! Why is it so awesome?!"
— Boomstick of ScrewAttack's DEATH BATTLE! (Rainbow Dash vs. Starscream

) summing this page up nicely
Advertisement:

Because even toys made for little girls should be able to kick some ass.

For awesome of the musical kind, go to the Awesome Music page.