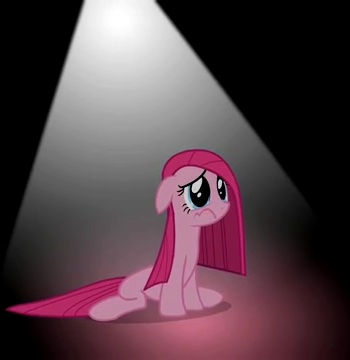 Just because you're the Element of Laughter doesn't mean you can't cry.