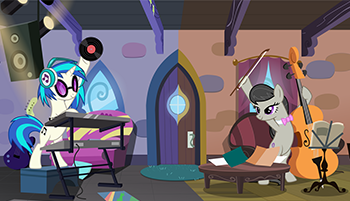 The most musical ponies in Equestria doing what they do best.

Let's be honest with ourselves: Every song in the series, BGM or otherwise, fits this category.

Vote on your favorite here

My Little Pony: The Movie