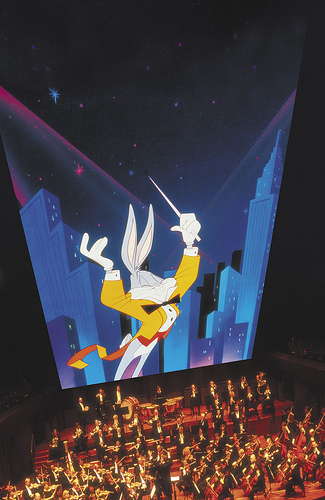 Why else do you think it was called Looney Tunes?
"And your second wish?"
"I have just the thing! I wish I had my own theme music!"
— Peter Griffin of Family Guy, being very, very meta
Advertisement:

Animated TV series and short films are notorious for having catchy theme songs, but some take it a step further.