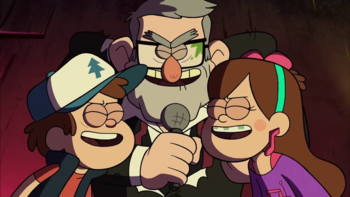 Theme song and variations of it