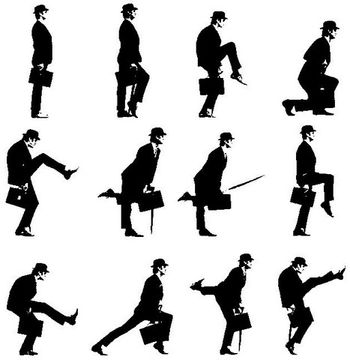 Ministry guidelines!
"Funny walk that kid has."
— Vince McMahon, in re: Mr. Kennedy.

When a character demonstrates a rather odd way of walking, often involving deliberate contortions.

Watch out for this after someone says Walk This Way. Also recall that one does not Silly Walk into Mordor.