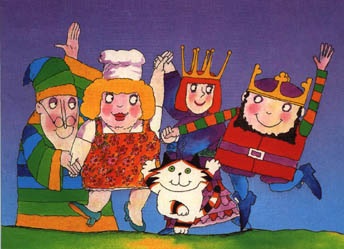 A British young children's cartoon made in 1980, consisting of 13 five-minute episodes. Each episode was focused around the antics of Rollo, an inept and profoundly childish monarch, who was kept in check by his parent figures, the magician and cook.

Besides British television, the King Rollo shorts also broadcast in the United States as a segment on the Nickelodeon show Pinwheel.