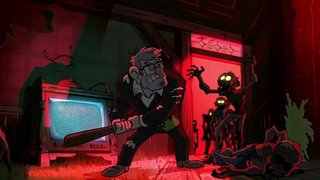 "Alright, you undead jerks, you ready to die twice?"
Advertisement:

Gravity Falls has so many awesome moments, that it got its own page for them.

The Society of the Blind-Eye

[After convincing the officers to leave] What are you waiting for, a kiss on the cheek? Get out of here before I have your butts court-martialed!