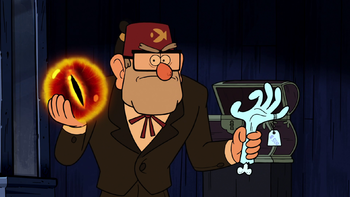 "That's not for sale!"
Advertisement:
open/close all folders
General
Intro

A Tale Of Two Stans

Dipper and Mabel vs. the Future

Shorts
Dipper's Guide to the Unexplained

Fixin' It With Soos