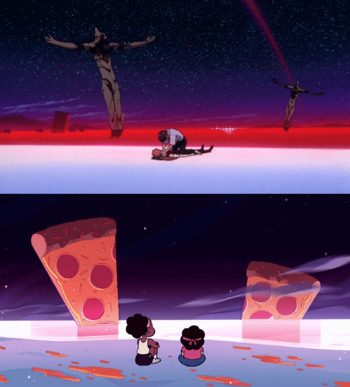 The end of Pizzangelion.
Pinkie Pie: What are we gonna do, Twilight?!
Twilight Sparkle: The same thing we do every time, Pinkie. Try to save the world!
— My Little Pony: Friendship Is Magic, "The Ending of the End – Part 2" (shouting-out to Pinky and the Brain)
Advertisement: