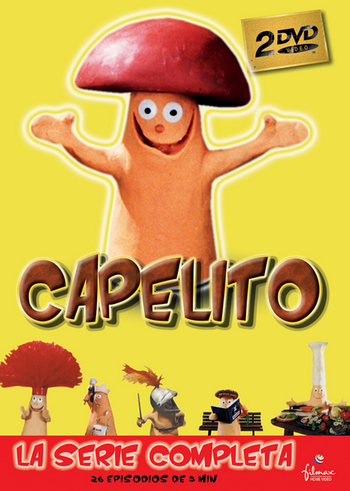 Capelito is a Spanish claymation cartoon which aired from 2001 to 2002 for 52 episodes. It is about the adventures of the eponymous character, an anthropomorphic mushroom named Capelito who has the ability to change his cap into any kind of hat by squeezing his magic nose.