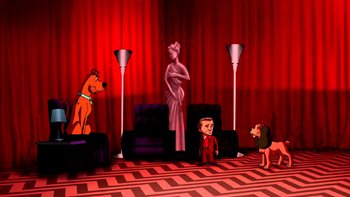 Could be an Actor Allusion since he and Shaggy’s father Colton are the only members on here worked from that show.