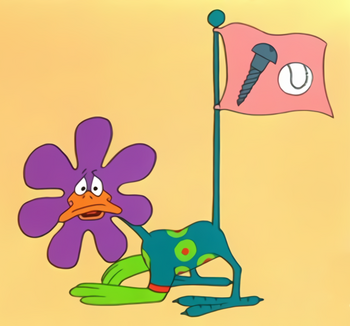 "All of a sudden I don't feel like myself."
"Now that's comedy!"
— Slappy Squirrel's Catchphrase, Animaniacs
Advertisement:

There's no rule saying cartoons always have to be funny... but no one's going to complain if they are.