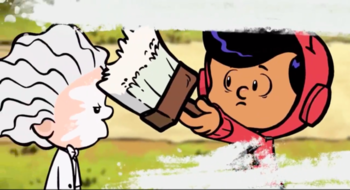 Taking inspiration from some of the funniest strips of all time, you best believe that this show has its fair share of funny moments.