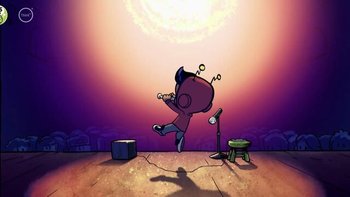 Needless to say, when the show is good, it's just awesome.