Funny / The Amazing World of Gumball 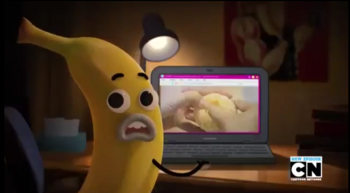 Gumball catches Banana Joe with his peel down.