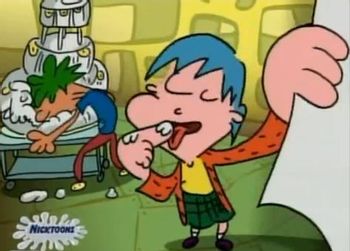 Kids, this is what happens when you forget your best friend's birthday. THIS IS WHAT HAPPENS!
From Henry being the universe's punching bag to June's sarcasm and wit (or in season 1, her ditziness) to the many crazy sketches, KaBlam! is a pretty hilarious show.