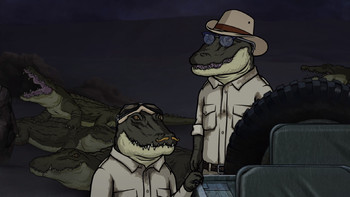 The good news is we don't have to worry about these alligators. That's not actually good news, is it?